A Grateful Life – Cultivating an Attitude of Gratitude 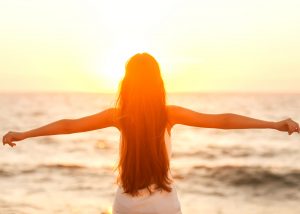 I am always looking for the Evidence.

I need to know that something Is Working. Especially when it comes to getting results with my clients.

The Proof that something Is Working.

Evidence:  In a recent email, Trish wrote, “I don’t bite my cuticles anymore at all.”

Repeat and Rinse:  Trish had the evidence, she was Enjoying her needed change and Now she was ready for another change so she reached out for further assistance.

Researchers gathered together approximately 300 college students who wanted some mental health counseling; mainly for depression and anxiety. For this blog, the students are our Example.

The eager college students were randomly (of course!) assigned to one of the three below groups;

The Unveiling of the Results

For this blog, we refer to it as the Evidence.

Reminder, the first group focused on “gratitude” and they reported an unquestionable improvement in their emotional well being; lowered depression and anxiety.

Well, in the office of Joann Dunsing Hypnosis, I say, ‘They Worked It and that’s why they got the desired outcome of less depression and anxiety.

What did they work?

They followed the instructions they were given.

They followed the instructions they were given.

Group #2 focused on negativity and they remained in depression and anxiety.

Group #3 did nothing so nothing changed.

I had to re-read the above Gap News Flash twice.

It wasn’t about more positive words.

It was about Less Negative words.

Evidence:  Less negative words are good for everyone’s well being.

The researchers then took it a step further to understand how gratitude affects the brain.

They were able to see the differences in the brain activity of the students in the gratitude versus negative writing groups.

Three months after the writing experiment, Study Group #1 showed greater activation in the medial prefrontal cortex, an area in the brain that is used for learning and decision making.

We Can Train our brain, with good instructions, to improve our emotional well being.

You May Be Saying

I agree and I understand and that’s why I Work the tools of Hypnosis, NLP and EFT.

Are you ready to use hypnosis to Train Your Brain for The Gratitude Express? Call Joann Dunsing, experienced Hypnotist at 203-907-7710 or click the link contact me today.  All Aboard!

Click the following link to read the full article on this up to date Scientific research study;   https://greatergood.berkeley.edu/article/item/how_gratitude_changes_you_and_your_brain