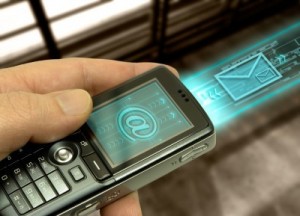 A middle aged woman stepped into my office for a scheduled weight loss session.

I asked her how she was doing and much to my surprise she replied, “I’m getting o.k. after a home invasion.” She was surprised that I wasn’t aware of it because she said it had been in the local newspapers in print and online.

I took a deep breath and switched gears from weight loss session to home invasion trauma.

She had already done some work on her own. In particular she saw a psychotherapist for a few sessions. She told me the psychotherapist was a lovely woman and was very good at what she did, but she wasn’t walking away feeling any different than when she talked with her husband or a girlfriend.

As she was trying to explain to me that she “still felt bothered by the home invasion” she began to see the disturbing images from that incident and to feel the disturbing emotions.

We immediately did some Neuro-linguistic Programming which enabled her to change the images she was running in her head.

We then began tapping (Emotional Freedom Techniques) which she found to be very calming and literally made the energy shift from troubled to calm. Her words of exclaim, “Joann, this is weird to experience such a rapid shift!”

In the hypnosis piece I led her to run some safe and empowering “movies” where she saw herself going through her home in absolute safety as she had for over thirty years.
“I am definitely going home in a different frame of mind. I felt better immediately. No longer afraid in my own home. No longer seeing the images that kept terrifying me.”

Before leaving the office I made sure she understood how to use the tools I had just given her so she could use them on her own. It is important to me to equip my clients because these tools are very self-empowering and can be used on anything at any time.

This same client had returned to my office seeking my assistance with her Mary Kay business.

We used the same tools but this time it was in the areas of confidence, and her flowing with her presentation, which enabled her to use the correct words when on the spot with the opportunities.

Consequently she ended up with a new team member right on time to qualify for a trip!

Yet again she returned for assistance in another area of her life.

I asked her, “What do you want to walk away with today?”

She responded, “To be able to walk past the cookies on my kitchen counter and not take any.”

A couple months later I checked in with her and once again she had a raving report, “Much to my shock, I do walk past the cookies and have no desire for them. My husband actually got rid of the cookie jar since I was no longer joining him in cookie feasts!”

The next time she came in for assistance she said, “I want to tell you what I want to do.” I immediately smiled knowing she would do it! She continued, “I want to make my business phone calls and not feel like the phone weighs a ton.”

I checked in with her two weeks after our session, and as I expected she replied, “I do make those calls now and it has increased my business!”

What are you “just living with” that’s keeping you from living the life you were meant to live?  Call me at 203-907-7710 or click the link to contact me today…