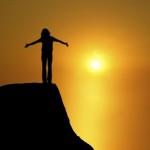 How to overcome childhood trauma in minutes…?

Most of us, at one point or another, have had to deal with little events and little traumas as we were growing up that caused us hurt, pain, sadness, fear, or some other negative emotion.

Can you think of a negative childhood memory from your life right now? (I know what some might say to that question…”Which one, there are so many?!”)

Maybe for you it was being made fun of in a classroom in front of others, or being teased about how you looked, or maybe it was verbal or even physical abuse at home.

How to release childhood traumas

Well I want to share a video with you today that is going to show you how you can use a powerful technique, in just minutes, to release childhood traumas.

In fact, many of my clients have experienced similar breakthroughs in sessions with me.

It’s a video with a woman named Bobbie working with Nick Ortner, NY Times best-selling author of the book “The Tapping Solution” and producer of the upcoming 6th annual Tapping World Summit, on stage at a live event.

This video is raw, emotional and extremely powerful.

I suspect you may find yourself glued to this video as I was. I was even giving Bobbie thumbs up at times!!

Most people don’t realize just how much negative childhood events actually affect our adult life. Sometimes we can say something like, “I’m shy because I was picked on while growing up,” or something like that, but the majority of the effect we don’t see because it’s at an unconscious level…

Which means that when you’re able to deal with these childhood issues and release the unconscious blocks, limiting beliefs, negative emotions and so much more, your life will improve in ways you never thought were possible.

This video, and the upcoming 6th annual Tapping World Summit, will help you to release anything that’s holding you back. I highly recommend watching this video as well as attending the live event, which starts on February 24th.

You can learn about it all by clicking the link.

To letting go of the things that don’t serve us.

P.S. – You’ll also get access to the two other pre-event videos, which include interviews with Dr. Wayne Dyer and Dr. Lissa Rankin, both of which are extremely informative videos, when you access this one.