But I Wasn’t Hypnotized! 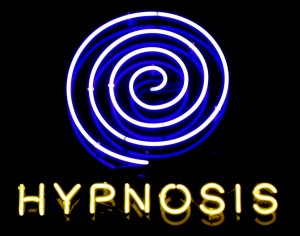 One of the greatest challenges we have as hypnotists is convincing our clients that they were actually hypnotized. There has been so much misleading information out in the media about hypnosis that the average person who considers hypnosis as a possible choice for Quitting Smoking or Losing Weight has an in accurate understanding of what hypnosis is and isn’t.

People often think that it can’t have worked because they expected to “go under.”  It’s just a time of relaxation.

An article in the New York Times, by Jane E. Brody

The Possibilities in Hypnosis, Where the Patient Has the Power

does an excellent job of addressing this issue. Because the truth is while hypnosis can be extremely effective in support change to take place, it is actually the clients own mind which does the changing, not the hypnotist.

The NY Times article points out a number of people who didn’t think they were hypnotized but who went on to experience the change that they went to hypnosis to achieve.

Richard, smoked cigarettes for 50 years, having failed several attempts to quit on his own. When a friend told him in August 1994 that hypnosis had enabled her to quit, he decided to give it a try.

“It didn’t work; I wasn’t hypnotized,” he declared after his one and only session. But it did work; since that day, he has not taken one puff of a cigarette.

Gloria Kanter of Boynton Beach, Fla., thought her attempt in 1985 to use hypnosis to overcome her fear of flying had failed. “When the therapist brought me out, I said it didn’t work,” she recalled in an interview. “I told her, ‘I heard everything you said.’ ”

Nonetheless, the next time she and her husband headed for the airport, she was not drenched in sweat and paralyzed with fear. “I was just fine,” she said, “and I’ve been fine ever since.”

Read the full article: The Possibilities in Hypnosis, Where the Patient Has the Power

Essentially hypnosis is not magic.

Hypnosis is utilization of a relaxed state in order to make suggestions directly to the unconscious mind where all unconscious behavior, beliefs, memories and emotions are generated.

I like to say to ask my clients, “who is the most powerful hypnotist in the world?”

It’s the client of course.

There is something profoundly effective about having a skilled practitioner assist in delivering the suggestions that makes a positive difference.

The NY Times article also points out that we can not be hypnotized to do something we do not want to do. So essentially it is one of the safest forms of therapeutic change work available.

If you are ready to make a change in your personal or professional life, consider hypnosis.