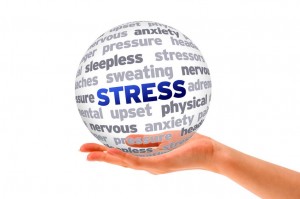 A middle aged man by the name of Adam (not real name) came to see me for “Stress Reduction.”

As we talked he was saying that he is prone to Panic and has a predisposition to Anxiety. His goal was to walk away from his first session with “the ability to control the anxiety to not have it.”

Adam and I started reducing his stress by using Emotional Freedom Techniques (EFT) which is also known as Tapping.

Due to the tapping we were doing his present physiological stress levels automatically starting going down, and he began to get more clarity of mind which then automatically brought him into a more resourceful state.

What does that really mean?

EFT and clarity of mind

What that really means is he was able to think clearer and he remembered an incident that happened back in the second grade. That incident was the beginning of feelings of panic, anxiety, low self esteem and everything else that goes along with that downward spiral.

So as a middle aged man one of his primary “programs” running in the back of his mind and throughout his neurology was that incident from the second grade.

This is how we truly are wired.

Back to tapping but this time it is specifically on that incident.

I coached Adam through creating a movie of that day in his life while tapping the whole time so as not to relive the emotions of it but to tell the story of it in a safe way.

His intensity level on a scale of 0-10, 0 being nothing and 10 being the highest, went from a 9 all the way down to “It’s neutral. I no longer feel any intensity around it.” That is the beauty of EFT/Tapping — we are able to get to the root.

After Adam got that breakthrough it was time for hypnosis:

In this state I guided him through seeing himself going through life from that moment forward, FREE of panic/anxiety, “with the ability to control the anxiety to not have it.”

When he returned for his follow up session Adam was happy to tell me his stress had radically been reduced.

I am constantly testing for the evidence of change and questioning as to how we know change has taken place.

My question to Adam, “How do you know your stress has radically been reduced? Do you have any evidence of that change?”

Adam proceeded to tell me the evidence he was aware of:

Having reduced his stress Adam was now ready to pursue a life-long desire to publicly speak with ease and confidence.

How do you know when something “works?”

When you have the evidence!!!

What are you “just living with” that’s keeping you from living the life you were meant to live?  Call me at 203-907-7710 or click the link to contact me today…